Aged three-and-a-half, Miro has never walked, but would love to join in with his brothers on their scooters. Miro needed quite a few more adaptations to his car than Hunter, and after the handover his car was readjusted by Max Biggs, including a buddy switch supplied by Allied Medical, so he could better control it. But even the first five minutes proved how successful the cars are at engaging similar-aged siblings, his brothers were fascinated, and very keen to help with the headrest-mounted throttle while he started to learn steering control 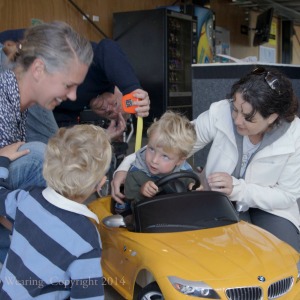 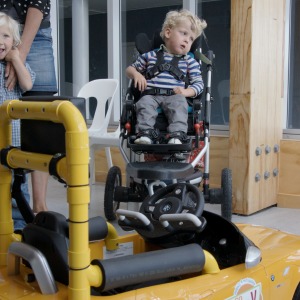 Miro brought to his car

Many Gobabygo kids don't engage much with those around them when they are, often literally, 'confined' to their chair 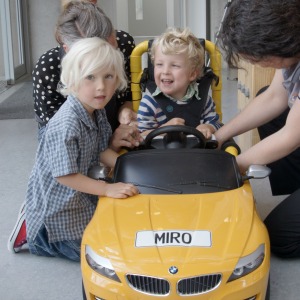 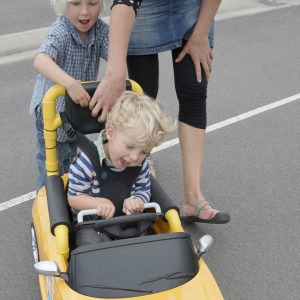 Miro out and about

Controlling the head throttle comes later, first he has to learn to grasp the steering handles – and exert voluntary control