Hunter has cerebral palsy, with his legs most affected, and though he can now crawl, at four he can't yet walk. He'd love to race around like any other kid, and hates the metal frame into which he's regularly strapped to stretch his hamstrings. He'll get a headrest-mounted throttle, and we'll try to fit supports into the footwell to stretch his hamstrings while he's distracted by driving 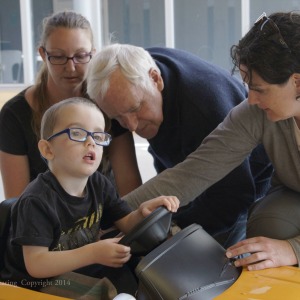 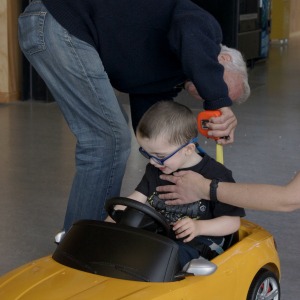 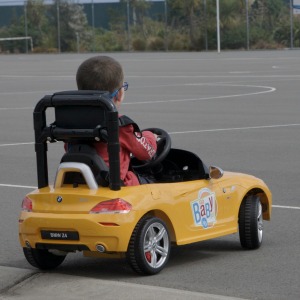 The world's his oyster

Hunter heads out onto Saxton Stadium tennis court, there's no stopping him now! 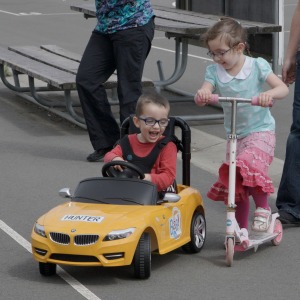 Look at that face

One big benefit of these cars is siblings now play together, like Hunter and his scootering sister