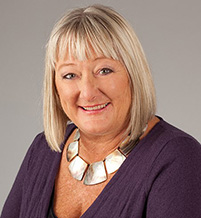 Gilli is the CEO of the Cerebral Palsy Society of New Zealand. She has worked in the social sector for 40 years with a strong focus on mental health and child and youth health. She was recently a youth health funder for CMDHB with a focus on suicide intervention.

Gilli was a founder of SAFE and Make-A-Wish New Zealand. She is currently developing Make-A-Wish in the Pacific and serves on the International Board. She has served on numerous community and education Boards. 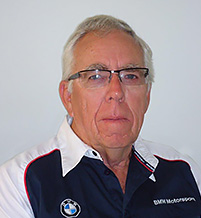 Murray O'Donnell owned Cascade Motors in Pakuranga for 15 years, then owned Budget Rent a Car operation in East/South Auckland for 26 years, and organised the International Car Rally in NZ under the Motogard banner for five years from 1987.

He got involved with the Variety Bash classic car rally raising funds for Variety – The Children's Charity at its inception 24 years ago, helping organise the events, and taking over as Bash director in charge of running the events since 2013, with around $200,000 raised for the charity each year, largely via volunteers.

Murray brings to the board his formidable organisational skills and wide network of relevant contacts.

Jacqui is an award-winning motoring writer, spending the last 18 years covering all things automotive, the last 12 years working freelance for a wide variety of publications from the NZ Herald to the UK’s Mercedes Enthusiast, covering motorcycles, cars old and new, motorhomes and travel.

In her spare time she provides media services for the Variety Bash and local community groups.

Sent a clip about Gobabygo by a correspondent who thought it would make a good story, she instead decided New Zealand could use the system – and knew just the folk who could get it started.

Jacqui’s primary role is to disseminate information via the web and media, and more directly liaising with potential sponsors and organisations representing possible recipients.

Seriously ill as a young man, Mark Prujean spent 24 months in and out of hospital, and by the time he was diagnosed with Guillain-Barre Syndrome he’d realised many children weren’t lucky enough to reach 21, as he had.

Now a businessman running a national food franchise, he became involved in the Variety Bash, a fun car rally that is a big fund raiser for Variety – The Childrens Charity, becoming part of organising committees, sitting on the Variety board for four years, and being involved with Bikes for Kids and the Book Fair.

He also chaired the committee of Pakuranga Children’s Health Camp for three years.

Mark retains involvement with the Bash, Variety’s Bikes for Kids and the related annual Book Fair

Sent a Gobabygo web link by Jacqui Madelin, he could see the local need and used his contacts to spark its formation in New Zealand, and to start a funding network.

Mark says, “Our aim is to help as many mobility-challenged New Zealand and Pacific children as we can.” 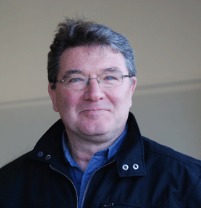 Adrian has been a paediatrician at Kidz First since 1985. A Senior Lecturer at Auckland University, he trained at Cambridge University and Kings College Hospital London, England, and moved to New Zealand in 1979.

His special interests include active research into childhood respiratory disease and cot death, as well as with the health problems and health needs of disadvantaged children, and neuromuscular disorders in children.

It is in the latter capacity that he has become involved in Gobabygo, helping set up robust guidelines around eligible children, and liaising with health providers and parents and with the group managing logistics and vehicle adaptation – no doubt assisted by his own interest in motorcycles and motorcycle racing.